Alec Baldwin takes aim at ‘Rust’ crew members with lawsuit, seeks to hold them ‘accountable for their misconduct’ after he fatally shot a mother on set

Alec Baldwin, apparently keen to further displace blame and liability for the accidental 2021 shooting death of Halyna Hutchins, has filed a lawsuit against several crew members working on the scandal-plagued film “Rust.”

The 64-year-old gun-control activist, who is himself accused in another lawsuit of “recklessly” firing the prop weapon, asserted in his complaint that the film’s armorer, its first assistant director, and others failed to maintain safety on set.

The shooting took place on Oct. 21, 2021, during the filming of a low-rent western in New Mexico.

Baldwin was allegedly practicing drawing a vintage Colt revolver, which he believed to have been loaded with dummy rounds, when he unwittingly discharged a real bullet. According to the Wrap, the Colt was used by crew members earlier that day for live-ammunition target practice.

The errant bullet hit 42-year-old mother and cinematographer Haylyna Hutchens in the chest and struck director Joel Souza in the clavicle.

Hannah Gutierrez-Reed, the armorer in charge of handling firearms and ammo on set — accused to have failed to check the gun or ammo carefully;Dave Halls, the first assistant director, who handed the gun to Baldwin and allegedly said it was safe — accused of failing to check the gun properly;Sarah Zachry, the prop master — accused of failing in her duties to ensure gun and ammo safety on set; andSeth Kenney, reportedly the key supplier of firearms and ammo to the set.

The New York Times reported that Baldwin’s lawyer, Luke Nikas, wrote in the complaint that these individuals had not fulfilled their professional duty to maintain safety on the set of “Rust.”

According to the lawsuit, “This tragedy happened because live bullets were delivered to the set and loaded into the gun.”

The lawsuit also cited an FBI report indicating that live bullets were scattered around the set, and were even contained within the bandoleer Baldwin had been wearing when he accidentally shot Hutchins.

According to the New York Post, the actor’s aim with this lawsuit is to “clear his name” and hold the defendants “accountable for their misconduct.”

Like the actor, those named in Baldwin’s lawsuit have similarly denied culpability for the 42-year-old mother’s slaying.

Although Baldwin reached an undisclosed settlement with her family, a spokesman for Carmack-Altwies made clear that the settlement “in Matthew Hutchins’ wrongful death case against Rust movie producers, including Alec Baldwin, in the death of Halyna Hutchins will have no impact on District Attorney Mary Carmack-Altweis’ ongoing investigation or her ultimate decision whether to file criminal charges in the case.”

Mamie Mitchell, a script supervisor on “Rust,” had been standing just feet away from the gun-control activist when he accidentally shot the cinematographer and director. Mitchell filed a lawsuit against Baldwin and others involved with the film, claiming that the incident caused her “sustained serious physical trauma and shock and injury to her nervous system and person.”

Mitchell’s lawsuit, filed in Los Angeles Superior Court, claimed, “Alec Baldwin intentionally, without just cause or excuse, cocked and fired the loaded gun even though the upcoming scene to be filmed did not call for the cocking and firing of a firearm.”

Nikas tried to have his client, Baldwin, dismissed from the lawsuit, but Los Angeles County Superior Court Judge Michael Whitaker denied the motion earlier this month.

Svetnoy’s lawsuit alleged that Baldwin acted negligently and had failed to check that the Colt “was indeed ‘cold'” before practicing with it. Additionally, the lawsuit noted that Baldwin was duty-bound to handle the weapon “as if it was loaded and to refrain from pointing it at anyone.” 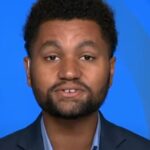