CNN’s Jake Tapper left his co-hosts stunned when he blurted out the “P-word” while discussing a heated phone call between then President Donald Trump and Vice President Mike Pence on the morning of January 6.

Witnesses told the House Jan. 6 select committee that Trump called the vice president a “wimp” and the “p-word” during a “pretty heated” conversation shortly before the Jan. 6 attack on the Capitol. Video clips shown on the third day of the public Jan. 6 hearings, show former first daughter Ivanka Trump and other “Trump insiders” recounting the angry phone call.

A CNN panel discussed the witness testimony, calling Trump’s phone call a “last-ditch effort where Trump is trying to pressure Pence to help him overturn the election.”

“I thought it was extraordinary because, we see the recordings, these were all Trump insiders. These are young aides and staffers,” noted panelist Jamie Gangel.

Tapper cut to video clips of testimony concerning what he described as, “the phone call between Donald Trump and Mike Pence on the morning of January 6, after Pence has made it clear he is not going to bend to Trump’s pressure campaign to try to overrule and undermine an American election.”

An assistant to the former president, Nick Luna, said he remembered “hearing the word ‘wimp’ during the call, and Pence’s national security adviser, Gen. Keith Kellogg, said Trump told the vice president he wasn’t “tough enough to make the call.”

“As I was dropping off the note, my memory, I remember hearing the word ‘wimp,’ either he called him a wimp, I don’t remember if he said you are a wimp, you’ll be a wimp, wimp is the word I remember,” Luna testified.

Ivanka Trump described the phone call as “pretty heated,” adding, “It was a different tone than I heard him take with the vice president before.”

“So, that in fact, the word was not ‘wimp, it was ‘p**sy’ that Donald Trump was calling Vice President Pence,” Tapper blurted, eliciting an audible gasp from one of his co-hosts. Whether the gasp was in response to Tapper’s taboo on live television, or because the president of the United States allegedly called the vice president a ‘p-word,’ it’s hard to say. 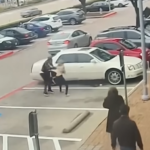 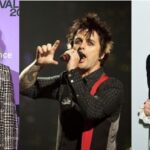 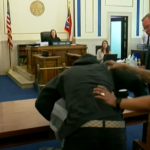 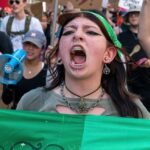 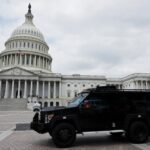 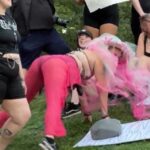