Conservative student forced to hide in bathroom as ‘angry mob’ of protesters targeted her at Allen West event: They were ‘hunting me down … I was afraid for my life’

The student organizer of retired Lt. Col. Allen West’s lecture at the University at Buffalo last week said she was scared for her life when an “angry mob” of student protesters chased her down following the event.

Young Americans for Freedom President Therese Purcell claimed recently that she was forced to hide in a men’s bathroom on campus after being separated from the police escort and being targeted by dozens of protesters on Thursday.

West had been invited on campus as part of the conservative student group’s lecture series. The event was titled, “America Is Not Racist — Why American Values Are Exceptional.”

Throughout the event, dozens, if not hundreds, of protesters flocked outside the venue to denounce West’s appearance, shouting chants such as “Black Lives Matter” and “No Justice, No Peace!”

According to video of the event, things got particularly heated during a Q&A session. Then, during a meet-and-greet, things spiraled completely out of control.

“I realized I was the target for these protesters, and about 200 of my fellow students started hunting me down on campus,” Purcell recalled in an interview with Fox News. “They started chasing me [and] screaming, ‘Go get her! Go get her! Capture her! Get the girl in the red dress!'”

Purcell said she was able to narrowly escape the crowd by running away and hiding in a nearby men’s bathroom. But she claimed another one of her club members wasn’t so lucky. He was allegedly punched and kicked by protesters.

Purcell added that she was fortunate to have escaped and didn’t know what would’ve happened to her had she been caught by the mob.

“I was really afraid for my life since they physically assaulted my friend, and like I said, they were screaming, ‘No peace!'” she told Fox News. “I don’t think they were going to do anything remotely peaceful. They were a very angry mob, and they were clearly saying that they were trying to chase me, that they wanted to capture me.”

“So I’m afraid of what would have happened if I wasn’t able to hide from them,” she added.

In a statement Friday, Purcell said, “I am unbelievably disturbed that I was chased by a leftist mob and scared for my life on my college campus all for hosting Lt. Col. Allen West, a conservative speaker,” adding, “The assault on free speech at the University at Buffalo by an angry mob is incredibly unacceptable.”

West, a former Republican congressman, had to be escorted from the venue by police officers due to the presence of angry protesters.

The university and its on-campus police department have since launched an investigation into claims of harassment stemming from the event. According to WKBW-TV, so far no reports of assault have been filed.

“The university is conducting a thorough review of events and activities leading up to, during, and after an appearance by former congressman and retired Army Lt. Col. Allen West, including the posting of anonymous social media messages threatening students protesting West’s speech and harassment of students after the speech,” the school said Friday. 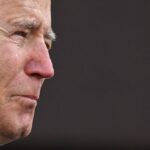 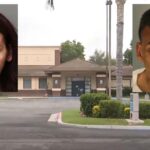