Democrat Tim Ryan makes revealing admission about his own party: ‘The Democratic brand … is not good’

Rep. Tim Ryan — the Ohio Democrat who is battling J.D. Vance for a United States Senate seat — admitted this week he does not embrace his Democratic political identity because it is a political liability in his state.

What did Ryan say?

Speaking with CNN reporter Manu Raju in a recent interview, Ryan admitted the Democratic Party is not a popular “brand” in his neck of the woods.

“You don’t advertise that you’re a Democrat. Is that because it’s an implicit recognition that it’s a liability here?” Raju asked.

“Well, I mean, the Democratic brand, as we know, and you and I have talked about this for a long time, is not good in a lot of these places,” he explained. “And I tell people, look, I’m an American. You’re an American.”

The CNN report noted how Ryan often boasts in his TV ads that he has voted against the agenda items of Democrats, including former President Barack Obama. But what the ads do not emphasize is that “he is a Democrat and often votes with President Biden.”

“You ran against her, Nancy Pelosi, but then you voted for her,” Raju noted.

“What I want people to know is in this environment, do you have the guts to take on your own party? And from my vantage point for me, it’s a resounding yes,” Ryan responded.

Why is this significant?

In fact, Ryan is now publicly breaking with Biden on some issues. For example, after Biden announced his controversial plan to forgive student loan debt, Ryan said Biden’s plan “sends the wrong message” to Americans.

“[W]hile there’s no doubt that a college education should be about opening opportunities, waiving debt for those already on a trajectory to financial security sends the wrong message to the millions of Ohioans without a degree working just as hard to make ends meet,” Ryan said in a statement. “Instead of forgiving student loans for six-figure earners, we should be working to level the playing field for all Americans.”

Ryan’s break with Biden comes as his lead over Vance evaporates.

Just one month ago, Ryan enjoyed a roughly five-point advantage over his opponent. That advantage now? It’s under one point, according to FiveThirtyEight.

For Ryan, that means he has his work cut out for him. Vance has Trump’s endorsement, and he is aligned with Ohio’s shifting political ideology. After all, how will Ryan explain his far-left position on abortion?

Indeed, over the weekend, Ryan refused to endorse any limits on abortion access, a position radically out-of-step with the majority of Americans. And in conservative Ohio, such positions are a disaster for Democrats and a godsend for Republicans.

And no matter how hard Ryan tries to paint himself as a blue-collar moderate, his record in Congress tells the real story: He’s a Democrat through and through. 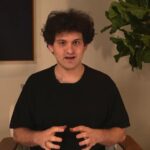 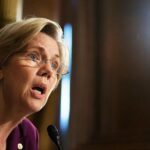