Despite demands that they remain silent, airline pilots report UFO activity over the Pacific Ocean

The night sky appears to be getting more crowded. Besides the International Space Station, Starlink satellite trains, drones numbering in the hundreds of thousands, weather balloons, birds, and planes, there are also fast-moving luminous objects about which little is presently known. Some of these bright unidentified flying objects have raised concern among seasoned pilots on flights over the Pacific Ocean.

In one of the recordings, which Hansen shared with the Daily Mail, one pilot can be heard describing a strange sight.

Mark Husley, who had been flying a chartered jet off the Los Angeles coast, radioed, “We’ve got a few aircraft to our north here and he’s going around in circles, much higher altitude than us. Any idea what they are?”

The air traffic controller couldn’t account for the sighting, replying, “No I do not. … You’re not entering any [military] airspace or anything. I am not sure.”

Although Husley initially noted there were “maybe three aircraft there,” 23 minutes later he provided an update: “There’s now like seven of them … at least 5,000 or 10,000 feet above us.”

When pressed for more information by the controller, Husley indicated that he had been an F-18 pilot in the Marine Corps and had “never seen anything like this.” He exclaimed, “They just keep going in circles.”

Another pilot, 63-year-old Van Voorhis, has logged over 32,000 hours of experience to date. He told the Daily Mail that the bright UFOs he observed while flying from Honolulu to Los Angeles this past August had been spotted by other airlines as well, who asked, “Hey, are you seeing what we’re seeing?”

Voorhis said, “They were lights that would come on very bright, you would see them move, then they would go out.”

The pilot stated, “It had to be in a very, very high orbit, or actually even out in space quite a ways from anything that a satellite would be, because every time we were seeing it, it was in the lower right hand corner of the Big Dipper, no matter where we were in the world.”

Anticipating the suggestion that the objects might belong to Elon Musk and his Starlink satellite system, Voorhis said the UFO had not been moving in a predictable, linear fashion, but rather in multiple directions.

Whatever he had seen, some would prefer that it not be discussed.

Voorhis indicated his employer has urged him not to speak of the incident in public, going so far as to tell him to “cease and desist.”

Hansen suggested that, in addition to there not being a “robust process that is publicly provided to [pilots] where they can report UAPs,” often aviators refrain from reporting the incidents for fear of being ridiculed.

While previously, such reports may have been derided or ignored, the Pentagon made clear last summer that UFOs, alternatively referred to unidentified aerial phenomena, are no joke.

In fact, it was the Pentagon that released three videos showing UAPs recorded by Navy infrared cameras.

According to a report from the office of the Director of National Intelligence, “UAP reportedly appeared to exhibit unusual flight characteristics.” While these observations “could be the result of sensor errors, spoofing, or observer misperception,” UAP “clearly pose a safety of flight issue and may pose a challenge to U.S. national security.”

The ODNI added that UAP “could pose a broader danger if some instances represent sophisticated collection against the U.S. military activities by a foreign government or demonstrated a breakthrough aerospace technology by a potential adversary.”

According to the ODNI, the government recorded 144 UAP reports from 2004 to 2021, 80 of which “involved observation with multiple sensors.”

A more extensive, albeit highly redacted version of the 2021 ODNI report obtained by Black Vault via a FOIA request, indicated that some reports alleged “UAP appeared to remain stationary in winds aloft, move against the wind, maneuver abruptly or move at considerable speed without discernable means of propulsion. In a small number of cases, military aircraft systems processed radio frequency (RF) energy associated with UAP sightings.”

In April 2014, four naval aviators flying F/A-18F fighter jets in controlled airspace nearly collided with a UFO. The pilots told their superiors that the UFOs had no visible engine or infrared exhaust plumes, yet were capable of high altitude flight and hitting hypersonic speeds.

One of the pilots, Lt. Ryan Graves, claimed, “These things would be out there all day. … Keeping an aircraft in the air requires a significant amount of energy. With the speeds we observed, 12 hours in the air is 11 hours longer than we’d expect.”

Graves, who testified at a House Intelligence subcommittee hearing on UAP this year, said, “We have nearly a magnitude more close-air collision potential from our aviators, from these objects, than were initially suspected. … Getting energy on this is simply just going to save lives at the end of the day for our Navy operators. And at the end of the day, we have a mystery to solve.”

Unlike the airline pilots flying over the Pacific, Graves noted that the “people in our squadron that did see them, they would describe them as simply a dark gray or dark black cube, inside a clear sphere about 15, maybe 20 feet in diameter.”

Last November, the DOD established the Airborne Object Identification and Management Synchronization Group to “detect, identify and attribute objects of interests in Special Use Airspace (SUA), and to assess and mitigate any associated threats to safety of flight and national security.” 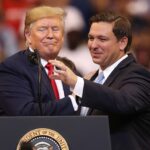 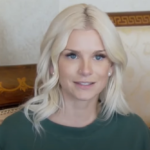 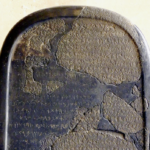 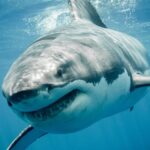 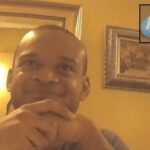 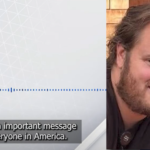 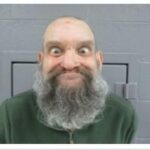