“This report should alarm all involved in the electoral process on Staten Island and across New York city and state, including the general voting public,” McMahon said.

The report, which does not specify the race where the ballot fraud was found, stated that it did not have enough evidence to convict anyone of fraud.

It recommended several changes to New York voting laws, including requiring voters to show a government-issued identification when voting at the polls or by absentee ballot.

The grand jury also requested that the local boards of elections be required to have qualified experts to conduct forensic document examination of absentee ballot envelope signations.

Additionally, the report suggested banning absentee ballots and applications from being sent to addresses associated with a candidate’s campaign.

What are the details of the investigation?

According to the New York Post, sources stated that the grand jury investigated the 2021 Staten Island City Council GOP primary race between candidates Marko Kepi and David Carr. The election, which took place on June 22, resulted in a narrow win for Mid-Island Councilman Carr.

“This case is the poster child for the necessity of voter ID laws,” Carr told the news outlet. “Unfortunately, the real victims here are the hundreds of residents whose identities and votes were stolen. And this will happen again until our state Legislature takes election integrity and security seriously.”

Kepi faced ballot fraud allegations in the weeks leading up to Election Day. In early June 2021, Carr wrote McMahon a letter requesting that his office investigate Kepi for allegedly running an illegal ballot-harvesting and forgery operation.

Carr alleged that Kepi had registered a deceased man to vote for him, which sparked the probe into Kepi’s campaign.

The report stated, “This Grand Jury finds that an absentee ballot application bearing the forged signature of a deceased individual was submitted to the Board [of Elections], naming a CANDIDATE 2 campaign staffer, STAFFER 1, as the authorized collector of his absentee ballot.”

“The deceased individual was a man who passed away in mid-2020. However, in May 2021, the Board processed a voter registration form purportedly signed by him with his pedigree information, including his date of birth and the last four digits of his Social Security number, but identifying his gender as female,” the report continued.

The grand jury concluded that the documents were forged. The probe also uncovered 200 “mismatched” or suspect signatures on absentee ballots turned in by Kepi’s campaign staffers and volunteers. It noted that staffers submitted more than 1,000 absentee ballots, many of which did not have signatures.

According to the report, the ballot fraud did not sway the election’s outcome. However, it noted that “the abundant opportunities for unscrupulous candidates … to abuse the system without probable detection or criminal sanction cry out for remedy.”

“While I fully support making voting as convenient as possible and applaud the efforts of candidates and their campaigns to inspire voters to express their constitutional right to vote, the accuracy, security, and public confidence in our elections must never be sacrificed in pursuit of these goals,” McMahon said.

“I personally do not believe the outcome of this particular primary was affected by the misconduct found by the Grand Jury. However, the report does provide an aperture to view many possible scenarios where the results could be tainted if action is not taken.” 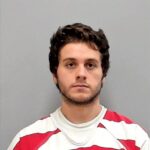 BIGGER than Tiananmen Square? Here’s what the China protests are REALLY about