This week, President Joe Biden has condemned the Supreme Court’s decision to overturn Roe v. Wade. However, Biden previously said abortion is “always a tragedy” and not a right.

On Twitter, President Biden said Roe v. Wade being overturned is a “sad day for the country.”

In a speech delivered on Friday, Biden claimed that “the health and life of women in this nation are now at risk.”

Biden said the three Supreme Court justices nominated by former President Donald Trump “were the core” of the “decision to upend the scales of justice and eliminate a fundamental right for women in this country.”

“It’s a realization of an extreme ideology and a tragic error by the Supreme Court, in my view,” Biden stated.

He said states limiting abortion are “jeopardizing the health of millions of women.”

Despite being a fierce defender of abortion this week, Biden was actually against abortion not that long ago.

In March 2006, Biden gave an interview to Texas Monthly – where he said abortion is “always a tragedy” and is not a right.

“I do not view abortion as a choice or a right,” Biden said. “I think it’s always a tragedy, and I think that it should be rare and safe.”

“And I think we should be focusing on how to limit the number of abortions. And there ought to be able to have a common ground and consensus as to do that,” said Biden – who was a Democratic senator for Delaware at the time of his comments.

Biden added, “I’m a little bit of an odd man out in my party. I do not vote for funding for abortion. I voted against partial birth abortion—to limit it—and I vote for no restrictions on a woman’s right to be able to have an abortion under Roe v. Wade..”

u201cCannot overstate just how far left Biden has moved on abortionnnEven in 2006, Biden was saying things like “I do not view abortion as a choice and a right, I think it’s always a tragedy.”nnhttps://t.co/cGKIhiTmczu201d

This isn’t the first time that Biden has flip-flopped on the issue of abortion.

For decades, Biden supported the Hyde Amendment – which prohibits the federal government from funding abortions except in cases of rape, incest, or to save a would-be mother’s life.

However, Biden quickly changed his tune during the 2020 Democratic primary campaign after backlash from other presidential candidates and pro-abortion activists.

Biden’s campaign website stated that Biden “supports repealing the Hyde Amendment because health care is a right that should not be dependent on one’s zip code or income.”

Biden claimed that he didn’t change his position on the Hyde Amendment as a political move to gain favor with progressives during the primaries.

“The truth is the majority of the American people agree with the Hyde Amendment, OK? So the idea that this‘d be helpful to change is not accurate in terms of being able to win an election,” Biden told WHO 13.

You can watch the entire Texas Monthly interview with Biden from 2006 below. 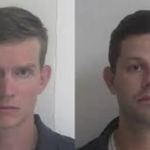 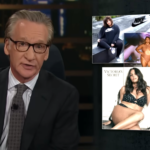 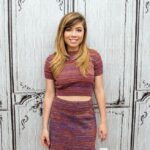 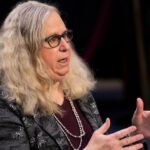