One Seattle, Washington, resident angry over the lawlessness that continues to plague his hometown has decided to turn one of his hobbies into a crime-fighting apparatus.

Tony, a 39-year-old husband and father who recently had his car broken into and his trailer stolen, now uses his drone to help others recover their stolen property, KCPQ-TV reported.

“People who steal from other people I feel are some of the worst scum on the planet. I hate them,” Tony told the news outlet in a recent interview. “If I can do anything to stop them, or help people who have been victims, I’d like to be a part of that.”

Recent Seattle data shows that more than 2,000 cars have been stolen in the city since the start of the year, and other burglaries and thefts total more than 13,000.

Disgusted with the rampant crime, Tony began searching for ways to locate his own property. That’s when he stumbled upon a helpful Facebook group called “PNW Stolen Cars,” a forum where auto theft victims can share information about their stolen property in hopes of recovering it.

The group reportedly led Tony to an encampment underneath the First Avenue Bridge in Seattle’s Georgetown neighborhood. The trash-filled area is apparently well known as a chop shop where people illegally deconstruct cars to sell their parts and homeless people use illicit drugs in plain sight.

“It’s just a big open piece of land. It’s completely taken over with trailers and cars and trash — lots of trash. Absolutely disgusting,” Tony said after flying his drone over the area.

He said he grew suspicious when one time he “saw somebody walk around with a Sawzall and they were getting underneath a car” and noted that the encampment is filled with rows and rows of cars, many completely destroyed.

Tony has since flown his drone over the area on multiple occasions in search of stolen property. He told KCPQ that he’s already helped two people recover their vehicles.

“First one, they saw it, and unfortunately by the time they got down there with the cops, the car was completely destroyed,” he told the outlet.

As for the second one, Tony recalled, “It got to be a little hairy. They were driving on the shoulder, then we got into some residential neighborhoods up in Burien, and they were going really fast and reckless.”

Eventually the thieves ditched the car because they knew they were being monitored, and the rightful owners were able to find it later.

On another occasion, some of the thieves in the encampment noticed Tony’s drone flying overhead. One took out what appeared to be a pistol and fired a shot, striking the drone less than an inch away from its lens. Fortunately, the weapon turned out to be just a BB gun.

Tony told KCPQ that he plans to continue searching the area and others like it with his drone and is willing to work with the Seattle Police Department to help crack down on car thefts.

“Unfortunately, just feels like the police have their hands tied behind their backs and you just can’t do anything,” he said.

According to KIRO-TV, Seattle police have been aware of the encampment under First Avenue Bridge for months but have been unable to do much about it.

Jamie Housen, spokesperson for Mayor Bruce Harrell’s office, confirmed to the outlet that “over the last several months, the city has received complaints regarding a variety of issues in this area, including encampment obstructions, trash build-up, environmental impact and public safety.”

Housen added that the Seattle Police Department is responsible for addressing any illegal activity in the area, which is jointly owned by the state and the city.

But according to Jim Fuda, director of Crime Stoppers Puget Sound, only so much can be done, given police staffing shortages.

“You can only do so much, with so many officers,” Fuda said, noting that “auto theft has been lumped into general investigations unit with fraud, theft, those kind of property crimes.” 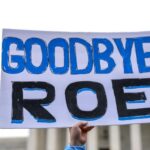 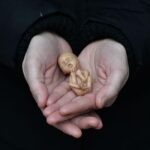 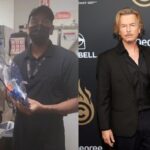 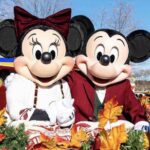 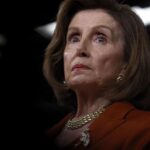 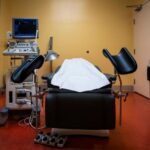 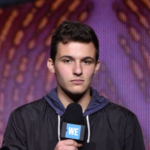 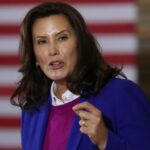 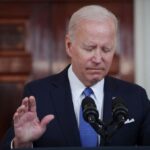