A Florida sheriff’s deputy was killed in a deadly hit-and-run by an illegal immigrant who had previously been expelled from the United States – only to illegally cross the southern border again, according to law enforcement officials. During the investigation, police uncovered a “serious” immigration concern.

Pinellas County Sherrif’s Deputy Michael Hartwick – a 51-year-old father – was working the traffic detail for a construction zone along highway I-275 in St. Petersburg on Thursday night. Around 10:40 p.m., a front-end loader that is used to lift concrete barriers reportedly hit Hartwick. The impact of the heavy-duty construction vehicle instantly killed the 19-year veteran of the Pinellas County Sheriff’s Office, according to authorities.

Pinellas County Sheriff Bob Gualtieri said during a Friday press conference that the vehicle was traveling about 20 mph, and added that the driver “was going, I think too fast, for this thing.”

After killing Hartwick, the driver reportedly fled the crime scene and drove a quarter mile before stopping. He then continued to flee by foot.

The New York Post reported, “During his time on the run, cops said he contacted his roommate — who is also an illegal migrant — asking him to pick him up in his car, police said. But the roommate turned around when he saw the huge law enforcement response in the area.”

Gualtieri said the driver told a fellow co-worker that he had “just killed a deputy.”

The driver allegedly handed his construction vest and helmet to a 31-year-old coworker named Elieser Aureilio Gomez-Zelaya, and told him to hide them. The driver ran into the nearby woods.

Law enforcement launched a manhunt involving three helicopters, K-9 units, and about 100 officers. Police located the vest and helmet – which helped bloodhounds from the Pasco County Sheriff’s Office to track down the driver.

After being taken into custody, the driver gave investigators a fake name of Victor Vasquez-Real and said he was a 35-year-old originally from Puerto Rico. However, investigators later revealed the man to be Juan Ariel Molina-Salles – a 32-year-old illegal immigrant living in the United States, according to authorities.

The Pinellas County Sheriff’s Office said Molina-Salles entered the country illegally in Oct 2021 in Eagle Pass, Texas – a popular location for migrants to cross into the U.S. from Mexico. U.S. Customs and Border Protection (CBP) allegedly denied Molina-Salles entry into the United States, and he was sent back to Mexico.

Molina-Salles reportedly told police that he had been living in the Tampa Bay area since March of this year.

There are no official records of him entering the country.

“There is no record of him ever legally coming back into the United States, and he was here illegally,” Gualtieri said.

Molina-Salles was arrested and charged with leaving the scene of a crash involving death.

Gomez-Zelaya also gave authorities a fake name, according to police. He is purportedly an illegal immigrant from Honduras. Gomez-Zelaya was charged with being an accessory to the crime for hiding the driver’s helmet and vest in the woods.

Both men were taken to the Pinellas County Jail.

Gualtieri said a majority of the construction workers at the site gave authorities false names and lied about their immigration status.

“They were hindering the investigation, not giving us answers to the questions we needed,” he noted.

The construction workers were employed by a company doing contract work for Florida’s Department of Transportation.

“All of these people are working for Archer Western, which is a contractor apparently doing work for the Florida Department of Transportation out of Tampa,” Gualtieri proclaimed, according to WFLA. “This company’s employing all these illegals, and they’re all out there lying, giving us fake names, fake IDs, a lot of fake IDs out of North Carolina.”

“He has no qualifications to drive a front loader, and he said what he told these people is that back in Honduras, he worked some construction, and he knows how to operate this thing so they said go ahead,” the sheriff continued. “Is that really what these contractors are doing? Is that how they’re doing business?”

The state Transportation Department told Fox News, “While it appears that these hiring procedures were followed, including a federal E-Verify clearance check, and the individuals in question passed this federal clearance, the Department is initiating an internal review on this project contract. FDOT will also continue to support law enforcement efforts as investigations continue.”

Archer Western – a Georgia-based construction company – said it is cooperating with the investigations.

Gualtieri said the U.S. Immigration and Customs Enforcement (ICE) would be notified about the illegal immigrants working at the construction company because the Pinellas County Sheriff’s Office has no jurisdiction over illegal aliens.

“Again, he knew he hit a deputy and as opposed to stopping, rendering aid, and accepting responsibility for what he did, we had to chase him around and sift through all this nonsense with all these people lying and providing fake IDs and we spent nine hours out there chasing this thing down,” Gualtieri said,

We are currently investigating the matter and looking to determine if illegal immigrants have utilized fraudulent information to obtain employment with contractors working with the State of Florida. As we collect details and examine potential courses of action, we are reminded once again that illegal immigration is a serious and ongoing problem in the United States that has a multifaceted effect on Florida. If this individual’s illegal status played into his decision to try to cover up this incident, it underscores just one of the harms that our state faces because of the federal government’s open border policies. The State of Florida is not a sanctuary state and illegal immigrants are not authorized to work here. For reasons such as this, we will continue our lawful efforts to interdict and relocate illegal immigrants.

Hatwick is survived by his two adult sons.

You can watch Pinellas County Sheriff Bob Gualtieri’s press conference on the death of Deputy Michael Hartwick below. 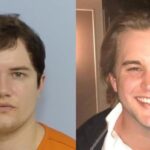 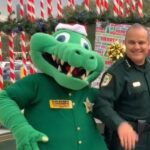 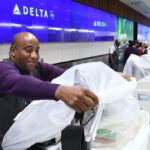 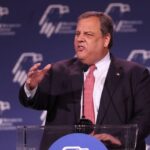 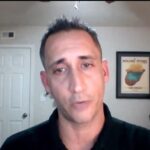 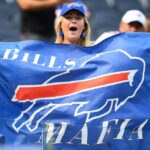 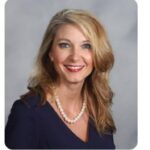 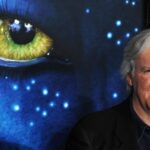 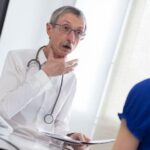 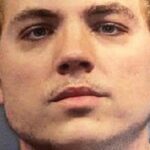 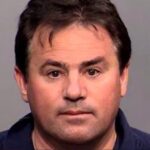 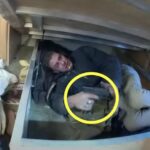