Squires: The president is right: I ain’t ‘Biden black’

Sunny Hostin had a Biden moment last week on “The View” when she said that she feels like the concept of a black Republican is an “oxymoron.” Her dismissal of black people who don’t vote Democrat is an even less sophisticated version of President Joe Biden’s infamous line: “If you have a problem figuring out whether you’re for me or Trump, then you ain’t black.”

Biden received immediate backlash for his comment during the 2020 campaign, but one tweet from Nikole Hannah-Jones brought his point into even clearer focus. According to the Pulitzer Prize-winning journalist from the New York Times, “There is a difference between being politically black and being racially black. I am not defending anyone but we all know this and should stop pretending that we don’t.”

Jones was right: Political blackness is itself an identity, and based on the frequency with which black women have been cited as the main victims in the event Roe is overturned, the president is also correct: I ain’t black.

I reject the racial worldview shared by Biden and Jones because political blackness – what I’ll call “Biden blackness” – is marked by subconscious self-loathing, the inability to assess barriers to progress, an unwillingness to speak difficult truths, and an unhealthy preoccupation with the thoughts, words, and actions of white people.

Practitioners of Biden blackness blame white people for all their problems, yet deride black people who preach a message of self-sufficiency. Biden blacks believe white allies are more important than black fathers. They can’t agree on a coherent definition of “white supremacy,” but they’re sure destroying it is more important than rebuilding the black family.

Biden blackness in 2022 often has nothing to do with improving social outcomes for black citizens. It is more frequently used as a thin veneer to cover the left’s actual priorities. The gay rights movement of the past 60 years largely revolved around the priorities of middle-class, educated white men who wanted to openly enjoy the same spoils of bourgeoisie normalcy as their heterosexual counterparts.

Now every statement President Biden makes about transgender issues includes a reference to “violence against black trans women and girls of color,” and the most prominent LGBTQIA+ activist organization of the past ten years is Black Lives Matter.

The same dynamic is at play with abortion. What used to be seen as a third-wave feminist priority of middle-class white women has now been framed as a top political priority for black women. Democrats argue that any restrictions on abortion in a post-Roe world are tantamount to attacks on the “reproductive rights” of low-income black women.

White liberals and their politically black co-conspirators have joined forces to convince the country that black lives matter – unless the life in question is growing in his mother’s womb.

The fatal flaw of Biden blackness is the same thing that plagues our broader culture – the complete abandonment of a biblical worldview as the primary foundation for public policy, social customs, and cultural norms.

The most obvious examples of this can be found in the words of “pro-life pastors” like Senator Raphael Warnock or the Black Lives Matter campaign declaring that “black women are divine.” The more dangerous manifestation of the secular nature of political blackness is the refusal to engage any discussion of morality in comprehensive assessments of black communities across the country.

Politicians, pundits, academics, and entertainers who adhere to Biden blackness all subscribe to the same materialist worldview that blames a lack of resources and the unequal distribution of wealth for all negative social outcomes among black people in America.

They see white people as possessing moral agency and decision-making ability, including the power to use their “privilege” on behalf of “people of color.” These same elites treat black people like melanated vessels of disorder driven by historical oppression and contemporary marginalization – unable to manage our behaviors, relationships, or homes without targeted interventions from the state.

I have even noticed this type of thinking among a certain subset of black Christians who are typically vocal about “social justice” issues but were conspicuously silent after a Supreme Court draft overturning Roe was made public.

Their responses ranged from arguments that conservative anti-abortion activism is rooted in the racism of the Religious Right movement of the 1970s to lectures about why true pro-life Christians must fight for more government spending on health care and child care, not just the end of legalized abortion. The latter argument ignores the extensive work pro-life believers, churches, and Christian ministries already do to support mothers and their children through crisis pregnancy centers, supply drives, and adoption services.

The reason for hiding these contributions is simple: Nothing makes practitioners of Biden blackness more nervous than being associated with conservatism, especially in the Trump era. The stench of MAGA politics is powerful enough to make Christians who have been vocal opponents of abortion for decades go silent or adopt liberal talking points about the structural forces that make women seek abortions.

Biden blackness is a cancer in the body politic. It is a destructive race card pulled from the bottom of the deck that works against the interests of the black masses who embrace it. It requires placing the responsibility for improving the condition of black people onto external third parties – generally benevolent whites, black elites advancing their own agendas, and paternalistic government bureaucrats.

Biden blackness is a contrived identity steeped in weakness, insecurity, and confusion. This is why the NAACP sees more value in partnering with white B-list who “take responsibility” for racism than in working with black A-list entertainers to encourage responsibility in the formation of our families.

Its flaws are also evident by listening to the people who yell “protect black women” but see black men who attempt to do so as exhibiting “toxic masculinity.”

The same goes for public intellectuals who argue that the only hope for black students to succeed academically is proximity to white classmates.

Any group that uses the terms “personal responsibility” and “respectability” as pejoratives while celebrating violence, debauchery, and drug abuse is headed for cultural extinction. Biden blackness sees invented race hatred as a worse problem than actual self-hatred.

One of the benefits of forsaking Biden blackness has been the discovery of fellow Christians from different ethnic backgrounds united in the knowledge that mankind’s main problem is not the color of our skin, but the nature of our sin.

In that sense, I have much more in common with a white Christian woman and Asian man who share my views on the importance of marriage, family, and faith than with the co-founders of BLM. All three of us know that a party that gets more energized about losing the “right” to kill the unborn than encouraging marriage and intact families is morally deficient and politically unsustainable.

The president was right about one thing: I ain’t Biden black.

Couple amazingly uninjured after pickup truck crashes right through their house, smashes into tree in their backyard 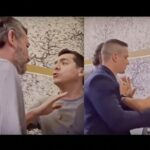 Angry activist gets in Ted Cruz’s face at Houston restaurant over guns, gets restrained and dragged out. He smiled in photo with Cruz before ambushing him.

The Weaponization of the Rule of Law with Cynthia Hughes 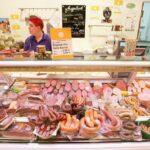 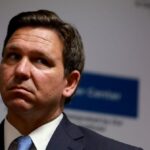 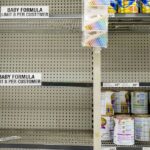 Baby formula out-of-stock rates soared to 70% in May, formula won’t be restocked until July 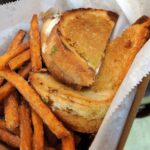 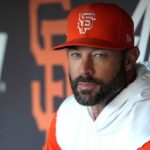 ‘I am not okay with the state of this country’: San Francisco Giants manager Gabe Kapler announces that he will stop observing the national anthem 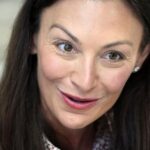 Democrat Nikki Fried said she does not sign pledges — but after gun control activist David Hogg demanded that she ‘sign the damn pledge,’ she responded by saying that she had signed it 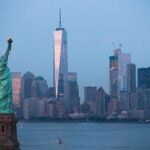 ‘Don’t be ashamed you are using, be empowered that you are using safely’: NYC Health Department issues eyebrow-raising ad about drug use

Couple amazingly uninjured after pickup truck crashes right through their house, smashes into tree in their backyard

Angry activist gets in Ted Cruz’s face at Houston restaurant over guns, gets restrained and dragged out. He smiled in photo with Cruz before ambushing him.

The Weaponization of the Rule of Law with Cynthia Hughes

Baby formula out-of-stock rates soared to 70% in May, formula won’t be restocked until July

‘I am not okay with the state of this country’: San Francisco Giants manager Gabe Kapler announces that he will stop observing the national anthem

Democrat Nikki Fried said she does not sign pledges — but after gun control activist David Hogg demanded that she ‘sign the damn pledge,’ she responded by saying that she had signed it

‘Don’t be ashamed you are using, be empowered that you are using safely’: NYC Health Department issues eyebrow-raising ad about drug use

San Diego has declared itself an abortion safe haven. The gesture has no legal impact whatsoever.

Toronto police kill man reported to be carrying gun near area schools. A police watchdog agency says he was armed with a pellet gun.

Biden reportedly planning to cancel some student loan debt. Both Democrats and Republicans criticize the plan.