Distance may make the heart grow fonder, but it’s ruinous for good-looking students’ grades. A recent study out of Sweden revealed that attractive female university students saw a significant drop in their marks when classes went online during the pandemic.

The findings are the latest in a large body of research that indicates beauty doesn’t just count on Instagram. Attractiveness improves an individual’s chances of securing a job offer, getting a promotion, earning more votes in an election, and living a happier life.

What does the study say?

Prior to the pandemic, attractive male and female students tended to score significantly better grades, particularly in classes where teachers and students interacted more. This “beauty premium” dropped by about 80% for female students when classes went online.

The Times suggested that this means professors had previously been discriminating in the female students’ favor.

While this discrimination appears to be true of the male professors who made up 11 out of 16 of the instructors, the researcher behind the study noted that female professors “also gave the attractive females better grades” prior to the pandemic.

The study, which one assistant professor called “appalling,” was published in the journal “Economic Letters” in August. The researcher behind it, Adrian Mehic, sought to examine what impact facial attractiveness had on academic outcomes under various forms of instruction in Sweden, both for men and women.

Mehic recruited 307 engineering students who were enrolled at Lund University before and during the COVID-19 pandemic. The researcher also recruited a jury consisting of 74 individuals, ages 17 to 32, 44.6% of whom were women.

Mehic cross-referenced the rankings with data from mandatory courses within the Swedish engineering program that the sample’s constituents had taken. Accordingly, he could compare how attractive students performed in pre-pandemic classes with how they performed when learning remotely via Zoom when cameras were optional.

When taking into account the quantitative/non-quantitative distinction and student-teacher interaction, Mehic found that attractiveness was “highly significant.”

When “all courses in the program are considered [i.e., including quantitative courses], there is a positive, albeit statistically insignificant relationship between attractiveness and grades.”

In other words, “beauty is significantly related to grades when the faces of students are visible to teachers.”

Mehic found that when students were no longer in the classroom, attractive female students’ grades “deteriorated in non-qualitative subjects.” However, males regarded as attractive did not see a comparable grade decline after transitioning to remote learning.

Mehic suggested that this discrepancy revealed “that the beauty premium in education is due to discrimination for females, whereas for male students, it is primarily the result of a productivity-enhancing attribute.”

The attractive male students’ undisrupted performance in non-quantitative classes may have something to do with correlations between male attractiveness and greater success in peer influence and greater persistence, “a personality trait positively linked to academic outcomes.”

PsyPost indicated that non-quantitative courses “tend to involve creative assignments and group work,” so attractive males who tend to also boast creativity, persistence, and good social skills “might be more likely to excel in this coursework.” 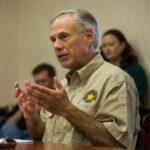