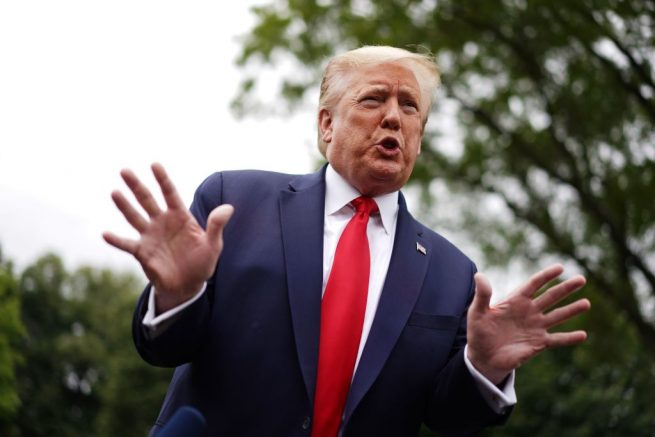 US President Donald Trump speaks to the press as he departs the White House in Washington, DC, on May 21, 2020. – Trump said Thursday that the United States is withdrawing from the Open Skies arms control treaty with Russia, accusing Moscow of breaking the terms. (Photo by MANDEL NGAN/AFP via Getty Images)

The U.S. formally announced its withdrawal from the ‘Open Skies Treaty’ due to Russian violation of the pact.

On Sunday, the United States officially exited the decades-old treaty. This came after the Trump administration first stated its intent to pull out of the agreement back in May.

STATE DEPARTMENT: Effective today, the United States is no longer a party to the Open Skies Treaty. pic.twitter.com/gNrzb3bOti

The administration pointed to Russia as the catalyst of the move. They alleged the country barred surveillance flights over Russian territories.

Today, pursuant to earlier notice provided, the United States withdrawal from the Treaty on Open Skies is now effective. America is more secure because of it, as Russia remains in non-compliance with its obligations.

The treaty permits a collection of 34 countries to perform unarmed surveillance flights over other countries to collect data on their military operations.