Whitlock: Don’t get it twisted: Sacramento mass shooting another reminder of the Second Amendment’s importance

“Today, America again mourns for another community devastated by gun violence,” Biden said in a statement. “In a single act in Sacramento, six individuals left dead and at least a dozen more injured. Families forever changed. Survivors left to heal wounds both visible and invisible.

“We must do more than mourn; we must act. … Ban ghost guns. Require background checks for all gun sales. Ban assault weapons and high-capacity magazines. Repeal gun manufacturers’ immunity from liability.”

Biden conveniently ignores the fact that California is home to some of the most restrictive gun laws in this nation. Those laws have not stopped one Crip or Blood from possessing a gun and discharging it at their discretion. Criminals do not care about laws. That’s why they’re criminals.

Kerr’s Golden State Warriors were in Sacramento to play the Kings. Kerr is never reluctant to virtue-signal or amplify a Democrat talking point. He did not disappoint on Sunday.

“I don’t think moments of silence are going to do anything. At some point – at some point – our government has to decide: Are we going to have some commonsense gun laws? It’s not going to solve everything, but it will save lives.”

Leftists do not want commonsense gun laws. They want to repeal the Second Amendment, the right to bear arms. I used to agree with leftists on this issue. A decade ago, following a murder-suicide by Kansas City Chiefs linebacker Jovan Belcher, I wrote an infamous column attacking the National Rifle Association and the Second Amendment. Bob Costas read the column on the air during a broadcast of NBC’s Sunday Night Football.

At the time, I foolishly thought the Second Amendment had outlived its usefulness. The thought was rooted in the belief that all Americans value freedom and order and that those shared values provide us more protection against an oppressive government than guns.

The last decade has made me disavow that belief. The puppet masters of the left do not value freedom and order. They value power and control above all else. Freedom and order, in their view, are luxury items purchased by the uber-rich and rationed to the well-behaved working class.

In the 246-year history of the United States, the Second Amendment has never been more sacrosanct than today. The right to bear arms is the only thing standing between us and an unmasked dictatorship.

Why would any American citizen turn over their guns in the current climate established by leftists? We’re going to rely on the police?

Police in Canada, at the behest of government, cracked down on peaceful truck drivers. Police and FBI agents in America baited and entrapped unarmed citizens at the Capitol, then served as corroborating witnesses in a bogus corporate media narrative that painted angry protesters as participants in a violent coup attempt.

The behavior and words of Joe Biden and Steve Kerr increase America’s appetite for self-protection through gun ownership. Dishonesty and cluelessness from the people in charge and the people with the loudest voices breed paranoia and belief in conspiracy theories.

You can’t produce order from disorder. People who do not value order cannot produce it.

Gun laws won’t fix broken families. It’s the equivalent of street gangs replacing nuclear families. American citizens know this, even if our politicians and media talking heads are loath to admit it.

We also know what happened in Sacramento this weekend is not remotely unfamiliar to anyone who has spent time in America’s major cities. Nightclubs close, black patrons mill in the parking lot and hope there is no gun violence before they exit the scene in their cars or an Uber. It’s a symptom of urban decay, the rot and destruction of the black family.

One video I watched of the Sacramento incident captured the sound of 76 shots in 54 seconds. It sounded like Friday night in Chicago or Baltimore or Philadelphia or Indianapolis or Ukraine. We’ve grown accustomed to this sound. Ignoring the sound and collateral damage have been normalized.

Maybe we’ll be shocked this time and learn that the Proud Boys, the Boogaloo Boys, and the KKK were responsible for this shooting. That would certainly make Joe Biden and Steve Kerr happy.

But it won’t change the fact that if Biden and Kerr were legitimately interested in a reduction in gun violence, they would advocate for traditional family structure and respect for law enforcement. They would oppose Black Lives Matter, Antifa, and street gangs as strongly as they oppose right-wing militias.

If Democrats want to repeal the Second Amendment, they should work to create a climate in which American citizens feel safe from government tyranny, Big Tech censorship, destructive, organized unrest disguised as social justice, and the violence pervasive in single-parent communities.

Three things produce a civil society: truth, nuclear families, and respect for law enforcement. As long as the left opposes all three, don’t get mad that people prefer to keep all of their guns. 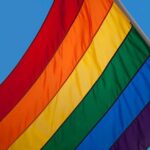 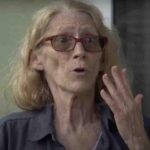