Dr. Jordan Peterson misspoke when he proclaimed via Twitter that Sports Illustrated swimsuit model Yumi Nu is “not beautiful.”

We all know beauty is in the eye of the beholder.

Peterson should have said the extra-plus-sized model is “not healthy. And no amount of authoritarian tolerance is going to change that.” He undermined a fact with a personal opinion, and by doing so, he allowed the woke to once again dodge responsibility for their real evil agenda.

On Monday, North America’s most honest public intellectual reacted to Sports Illustrated’s decision to place an obese woman with a strikingly pretty face on the cover of its formerly iconic Swimsuit Issue. He retweeted a New York Post story picturing the blubbery Asian beauty beneath his proclamation: “Sorry. Not beautiful. And no amount of authoritarian tolerance is going to change that.”

Unafraid of a brawl, Peterson engaged his critics. He doubled down on his contention that the left wants to redefine beauty standards.

“It’s a conscious progressive attempt to manipulate & retool the notion of beauty, reliant on the idiot philosophy that such preferences are learned & properly changed by those who know better.”

Virtually everything the progressive left promotes is related to normalizing a culture of death, destruction, and despair. Abortion is about the right to kill babies in the womb. Liberalizing drug laws is about freeing people to self-medicate themselves into zombies. Defunding the police is about normalizing violent chaos within communities. Hostility toward religion is about removing hope, the lifeblood of civilization. Transgenderism is about the mutilation of God’s creation.

Jordan Peterson is known for speaking uncomfortable truths. He passed on an opportunity in this instance. The platform of the modern left is built on early 20th-century satanist Aleister Crowley’s “do what thou wilt” philosophy. Crowley argued the purpose of life is for humans to align themselves with their true will.

It sounds great. Why wouldn’t you want to align yourself to your true will?

Well, for those of us who believe in a higher power, who believe our inalienable rights come from God, who believe that Jesus died on a cross for our sins, we’re taught the purpose of our lives is to align ourselves with God’s will for us. His vision for us is spelled out in the Bible.

We’re taught that our nature is sinful and we should avoid a “do what thou wilt” mindset and set of behaviors.

Specifically, among other things, we’re taught that gluttony is a sin that will harm our lives and lead to death.

Phillipians 3:19: “Their destiny is destruction, their god is their stomach, and their glory is in their shame. Their mind is set on earthly things.”

Proverbs 23:2: “And put a knife to your throat if you are given to gluttony.”

Proverbs 23:20-21: “Do not join those who drink too much wine or gorge themselves on meat, for drunkards and gluttons become poor, and drowsiness clothes them in rags.”

For those of you who are nonbelievers, you don’t need the Bible for evidence of the dangerous impact of gluttony and obesity. Check with any doctor. Punch it into Google. You can call me. Gluttony and obesity have been my weaknesses.

The effort to normalize obesity is evil and satanic. Sports Illustrated is promoting death with its glorification of rotund runway models. Yumi Nu foolishly believes her ascension to SI cover girl is a symbol of necessary progress.

“I feel like we’re in a place right now where people are making space for more diversity on magazine covers,” she said. “It’s a big time for Asian-American people in media. I know I play a big role in representation in body diversity and race diversity, and I love to be a role model and representative of the plus-size Asian community.”

Nu is a disciple of the D.I.E. religion of diversity, inclusion, and equity. The D.I.E. religion is just Aleister Crowley’s satanism rebranded in a way that makes it palatable for the masses. It’s do what thou wilt. It’s the seeking of your true will.

Yumi Nu is a 250-pound glamour girl. She has aligned herself with her corpulent true will. She’s no different from Lia Thomas, the young man who decided his true will was to be a swimmer on the University of Pennsylvania’s women’s team. Nu is no different from Pete Buttigieg, the U.S. secretary of transportation who hopped in a hospital bed to pretend he delivered a baby.

Yumi Nu feels like she’s the Asian Christie Brinkley, Heidi Klum, or Tyra Banks. The reality is Nu is more Lizzo or Jason Whitlock, a pretty face seated atop a grossly unhealthy body. The people lying to and about Yumi Nu want her and others to die an early death smothered in gravy, fried chicken, and Kool-Aid.

Death is the point of the D.I.E. religion. Its adherents want to kill America and Western civilization by killing Judeo-Christian culture.

What made America great was when we collectively sought to align ourselves with God’s will for us. That’s what compelled us to end slavery and Jim Crow. Men and women who wanted to be on the right side of God fought for freedom and equality of opportunity.

Men and women who want to be on the right side of a history leftists plan to write will end up standing alongside Aleister Crowley and blubbery beauties. 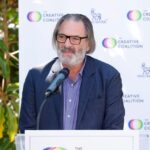 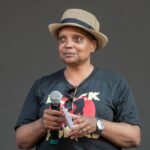 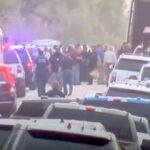 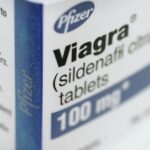 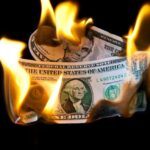 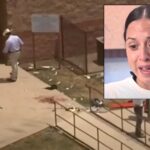 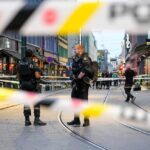 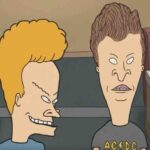 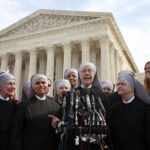 ‘Pride Cruiser’ shown off by police ‘LGBTQIA+ liaison officer’ in Columbus, OH. Reaction is decidedly grim: ‘This is f***ing ridiculous’

Tie election declared in Alabama GOP primary; winner to be decided ‘by lot’