A woman flashed a “white privilege card” during a traffic stop in Alaska. Two Anchorage police officers are now in trouble for letting her go.

In a since-deleted Facebook post, Mimi Israelah said she was pulled over for weaving in and out of her lane while driving at 3:43 a.m. on July 7. She wrote that she had arrived in Anchorage on an early-morning flight from California to Alaska. She went to Alaska to attend a rally for former President Donald Trump.

Officers asked Israelah for her driver’s license, but she couldn’t locate it. Instead, she presented a “white privilege card.”

“When I saw my White Privilege card, I gave to him if it’s ok,” Israelah wrote on Facebook. “He laughed and called his partner. It’s their first time to see a White Privileged (sic) card.”

Israelah describes herself as Pinay – a woman of Filipino ethnicity – in her social media profiles.

Israeleh posted a video of the interaction with police on Facebook.

She asks a police officer, “You like my White Privilege card?”

In the video, one of the officers is heard calling the card “hilarious.”

u201c”Mimi Israelah claimed in a Facebook post that she was pulled over for weaving at 3.45am while driving to a pizzeria in Anchorage after arriving on an early-morning flight from California for Donald Trump’s rally on Saturday to support local Republican candidates he’s backed.”u201d

The police officers did not observe any signs of impairment from Israelah, and they let her go free without giving a citation for driving without a license.

Anchorage municipal code states: “A licensee will have a current and valid operator’s license issued to the licensee in the person’s immediate possession at all times when operating a motor vehicle. The person will display the license upon demand of a judge or police officer.”

Anchorage Police Department spokesperson Sunny Guerin noted that police can check on a computer to determine if a person has a valid driver’s license.

The Anchorage police officers in the incident were identified as Nicholas Bowe and Charles Worland – who are part of the Impaired Driving Enforcement Unit.

Anchorage Police Department Deputy Chief Sean Case said, “We recognize that the post, what was contained in that post, caused a bit of a public uproar, and there were a lot of people that saw that and did not like that post and had negative reactions to that — thought it was an inappropriate post — and we recognize that.”

Anchorage Police Department Sgt. Jeremy Conkling – who is the president of the police union – told the Anchorage Daily News that officers have discretion when handing out citations. He stressed that officers typically don’t issue citations for minor offenses such as not having a driver’s license present during a traffic stop.

“Especially in this circumstance, where you had a very, very low-level minor offense and the officers are really just focused on trying to find DUIs — I’m not at all surprised they didn’t write a citation,” Conkling said. “I don’t know that a lot of officers would have written that citation, if any.”

Celeste Hodge Growden – the president of the Alaska Black Caucus – questioned if Israelah got out of the ticket because of her “white privilege” novelty card.

Growden asked, “Is it because the white privilege card was effective?”

Growden ranted, “As a Black person, I was truly offended. And maybe some can’t understand that because they’re not a person of color, they’re not black, but that was deeply offensive to members within our community and to some that are racially profiled by law enforcement. … I can’t understand why the officers found that humorous.”

Growden wrote on Facebook, “This photo text to me recently is totally unacceptable and there needs to be immediate consequences that sends a clear corrective message.”

Worland and Bowe were placed on administrative leave during an 11-day investigation into the incident.

The internal investigation determined that the two officers violated department policy, but the police department would not say which policy they violated. The Anchorage Police Department also would not reveal if the officers would be punished.

“The investigation regarding the incident is completed and is a part of confidential personnel files that will not be released publicly,” Guerin said.

As law enforcement professionals, we are held accountable for our actions, and I am aware that the action of one officer can impact the trust between the police force and our community. I know we are all human. But we belong to a profession that does not tolerate, practice, condone, facilitate, or collaborate with any form of discrimination. This profession requires our employees to treat everyone with respect and be culturally aware and competent. 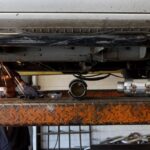 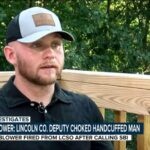 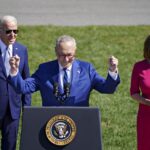 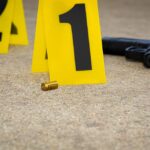 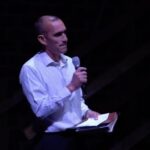 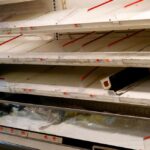 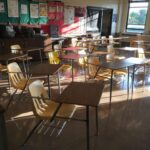 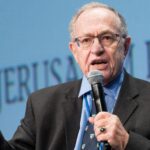 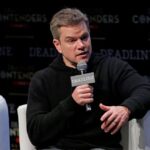