A former Daily Wire scribe punctuates his Twitter feed with a chilling reminder for fellow conservatives — Democrats sure got it good.

John Nolte’s message is clear. The mainstream media treats embattled Democrats differently than Republicans. Bernard Goldberg first warned us about it 19 years ago with “Bias: A CBS Insider Exposes How the Media Distorts the News.” Now, said distortion can be seen from outer space.

Democrats now know, beyond a shadow of doubt, that the mainstream media has their back. That gives them a massive advantage heading into 2021. There’s a catch, though, and one that could lead to a red wave the likes of which we haven’t seen for a long time.

First, let’s assess the media’s current racket. Do the names Swalwell, Hunter and Cuomo ring a bell? The media’s dereliction of duty covering the corruption tied to each is shocking and unfathomable. It’s also the new normal.

Reporters — and Hollywood elites — ignored New York Gov. Andrew Cuomo’s calamitous leadership in the early days of the pandemic, mostly to use him as a cudgel against President Trump — like everything else over the last four years.

With Trump’s White House days seemingly coming to an end, some hoped the media would return to its pre-Trump mode. Biased, yes, but not cartoonishly corrupt.

The last few days showed the folly of that thinking. Major news outlets mostly ignored a blockbuster story involving Rep. Eric Swalwell and a Chinese spy. Later, Time Magazine used its last remaining chit, the Person of the Year announcement, to honor a candidate who hid in his basement over the health care workers who saved countless lives. It’s trolling on steroids.

Rather than returning to its pre-Trump mode, the media — believe it or not — is actually getting worse.

It’s why Gov. Cuomo can write a book on leadership knowing he won’t be asked about the thousands of dead seniors on his watch. Even by the former King of All Media, Howard Stern.

We’ve already seen “President-Elect Biden” get softball queries from the press and zero pushback when he swatted away a question about his troubled son’s FBI investigation.

The fix is in like never before. So what happens next?

The press, which treated President Trump like an enemy soldier, will cuddle up to Biden’s every move. Historic! Powerful! Robust!

Democrats, in turn, will start acting like no one is watching their every move. That will embolden their worst instincts.

This is the same Democratic party that called Antifa an “idea,” rallied behind Black Lives Matter with zero hesitation and literally stood down as American cities burned. And, more recently, clung to its “Defund the Police” mode, but told their peers to do so quietly.

Now, give politicians the keys to the house — and the liquor cabinet — and imagine the results.

So what hope, or chance, do conservatives have moving forward if reporters won’t show us images of Rep. Jones or Smith donning a lampshade hat?

It starts, believe it or not, with Joe Rogan. The free thinking, free wheeling podcaster routinely shares ideas the mainstream media won’t touch. He’s one of the loudest voices to call out Biden’s obvious mental decline. He also shares his podcast mic with contrarian voices like author Abigail Shrier, whose book “Irreversible Damage” discusses transgender people who deeply regret their choices.

It helps that he has millions of loyal fans who trust him completely.

It’s more than Rogan, though.

Alternative media outlets will do their fair share of heavy lifting, from right-leaning outliers (The New York Post) to sites like The Daily Wire, The Federalist, Project Veritas and more. They’ll be hungrier than their peers and have a target-rich environment with which to work. Plus, they’ll be doing the kind of shoe-leather reporting the mainstream press will soon abandon.

That breeds clicks, respect and more.

The more open-minded citizens are exposed to real journalism, not the glad handing the press does with Democrats, the more they’ll realize the fix is in.

We’ll soon see video and audio clips of Democrats behaving badly, and those moments will most certainly go viral despite more silence from CNN, The Washington Post and the rest.

There’s another huge catch here, though.

Social media, which successfully blocked the Hunter Biden scandal through Election Day, may double down on its censorial ways. Embarrassing clips and stories which paint Democrats in a negative light could get muted by Facebook and pals.

They don’t align with the sites’ “community standards,” don’t you know?

If Facebook, Instagram and TikTok can block right-leaning yuks, they may not think twice about other forms of censorship.

Yes, the future looks rosy for the Democrats, but an old saw suggests they better be disciplined in 2021 and beyond.

The views expressed in this opinion piece are the author’s own and do not necessarily represent those of The Daily Wire. 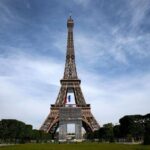 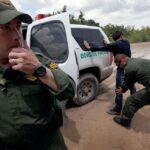 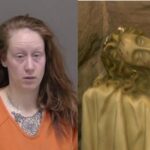 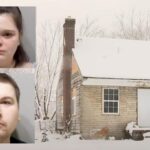