A small town restaurant in Texas is making a big difference in the lives of an underserved community: those with special needs.

Beneventi’s Italian restaurant in Mingus, Texas, located about two hours west of Dallas, offers adults with special needs the opportunity to spend some time away from home and learn important job and life skills that may help them transition into independent living.

Jan Underwood, owner of Beneventi’s, established the Each & Everyone Foundation in 2010 after she saw the positive impact that vocational training had on her son, Austin. Austin, who has Downs syndrome, received a high school diploma in Texas but couldn’t find a program in the state that would help him learn job skills since he struggles with reading and math. However, thanks to a program at Eastern New Mexico University, Austin was able to earn a “vocational degree” in just a year.

And he has put what he has learned to good use. Austin is the proud owner of his own hot dog food truck called Austin’s Underdawgs, which has already sold about 50,000 hot dogs, according to Austin’s estimates. Austin also owns his own home in Fort Worth.

His mother, meanwhile, has used her experience helping Austin gain his independence to help other adults with “learning differences” do the same. After applying through the Mingus Job Accelerator, participants travel to Mingus to learn how to perform some of the necessary tasks of the food service industry.

“We bring them in, just like any other employee, and we just train them,” Underwood recently told Fox News.

“We refuse to compromise on quality in our restaurant,” Beneventi’s boasts on its website, indicating that program participants are held to high standards like all other employees.

In addition to job skills, program participants also learn independent living. They stay in their own private tiny house during their training, which lasts from one to four weeks. They receive pay for up to four hours of work each day they train.

The cost of the program is $700/week and includes all meals, though trainees are encouraged to practice preparing their own meals in the restaurant kitchen as well.

“I think people with special needs need to learn how to be just like me,” said Austin, who introduced Rachel Campos-Duffy and the Fox News audience to his girlfriend, Jenny Stone.

“She makes my heart really nice,” Austin said of Jenny. “She’s the one for me.”

“We’re kind of like … a celebrity couple,” Jenny agreed.

Watch the latest video at foxnews.com 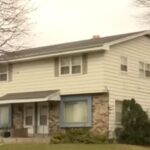