Shortly after Donald Trump was elected president in November 2016, his running mate Mike Pence attended the stage production of “Hamilton” at the Richard Rodgers Theater in New York City and got booed.

What’s more, after the play was over, Brandon Victor Dixon, who played Aaron Burr, addressed Pence from the front of the stage:

“Vice President-elect Pence, I see you walking out, but I hope you will hear us, just a few more moments. There’s nothing to boo here ladies and gentlemen, there is nothing to boo here. We’re all here sharing a story of love. We have a message for you sir, and we hope that you will hear us out. … We sir, we are the diverse America who are alarmed and anxious that your new administration will not protect us, our planet, our children, our parents, or defend us and uphold our inalienable rights, sir. But we truly hope that this show has inspired you to uphold our American values and to work on behalf of all of us, all of us.”

Now a Texas church is under fire for putting on an “unauthorized” version of “Hamilton,” which includes biblical references not in the original production — as well as a sermon after the play is over that likens homosexuality to drug and alcohol addiction, the Washington Post reported.

The “Hamilton” honchos in New York said they didn’t give the Door McAllen Church license or permission to stage its performance, which was livestreamed Friday and Saturday and included scenes in which the characters Alexander Hamilton and Eliza Schuyler Hamilton talked about how Jesus “saved” them, the Post said, citing videos from author and podcast host Hemant Mehta.

OnStage Blog said a pastor gave a sermon at the conclusion of the church’s performance that included “anti-LGBTQ messaging.” Mehta said the sermon was guilty of “demonizing homosexuality.” It’s worth noting that Mehta also is the founder and editor of FriendlyAtheist.com.

The pastor in question is Victor Lopez, the Post reported, and here’s what he said:

u201cThis is how The Door McAllen church concluded its illegal production of Hamilton: with a sermon demonizing homosexuality.u201d

According to Onstage Blog, the pastor added, “He wants to forgive you for your sins.”

According to the Post, Pastor Roman Gutierrez told the Dallas Morning News he got legal permission from the “Hamilton” team to produce the church’s show. The Post added that during Sunday’s sermon, Gutierrez said a lawyer asked him to remove online videos of the church’s performance. The pastor also said the church isn’t anti-LGBTQ and “everyone is always welcome,” the Post noted.

However, the “Hamilton” team denied giving the pastor permission to perform the show, the Post said, citing the Dallas Morning News.

Shane Marshall Brown, a spokesman for “Hamilton” in New York, told the Post in a statement that the New York production was “unaware of this unauthorized staging of ‘Hamilton.’”

“Hamilton does not grant amateur or professional licenses for any stage productions and did not grant one to The Door Church,” Brown told the paper. “We issued a cease-and-desist letter for the unauthorized use of Hamilton’s intellectual property, demanding the immediate removal of all videos and images from previous productions from the internet, including YouTube, TikTok, Facebook, Instagram, their own website, and elsewhere.”

The team added that it let the church continue with Saturday’s show as long as no photos or videos were taken, the Post said.

The author of the Onstage Blog piece appeared to take particular umbrage with the ideology behind the church’s performance: “I’m not even going to get into the choice to add text into the show to fit anti-LGBTQ bigotry because that’s just simply disgusting and against what the Bible really teaches about love.”

As did Mehta, who titled his lengthy write-up, “A Texas church illegally performed ‘Hamilton’ to spread anti-gay bigotry.”

“So to recap: A Christian church in Texas staged its own unlicensed production of a musical, changed the story to suggest Hamilton found Jesus, and used the whole thing to tell people to stop being gay,” Mehta wrote.

He added: “There’s been a lot of backlash online to what this church is doing. Not because it’s a Christianized version of a secular phenomenon, but because this is theft no matter who’s doing it. It’s also an ethical failure: They’re ripping off the creative genius of several people and using it to spread a message that directly hurts the people in these shows and those they love.” 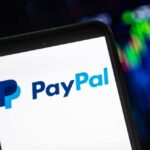