Oil companies fire back at Biden over threatening letter: ‘The Administration aims to impose obstacles to our industry’

Oil companies are firing back at President Joe Biden after he sent them a threatening letter that demanded they immediately increase oil production.

What did the letter say?

If they do not comply with his demands, Biden threatened to use “emergency authorities” against them.

“Your companies and others have an opportunity to take immediate actions to increase the supply of gasoline, diesel and other refined product you are producing,” he said. “My administration is prepared to use all reasonable and appropriate Federal Government tools and emergency authorities to increase refinery capacity and output in the near term, and to ensure that every region of this country is appropriately supplied.”

The president also accused the companies of profiteering during a “time of war.” The United States, however, is not at war.

“At a time of war, refinery profit margins well above normal being passed directly onto American families are not acceptable,” Biden said. “There is no question that Vladimir Putin is principally responsible for the intense financial pain the American people and their families are bearing. But amid a war that has raised gasoline prices more than $1.70 per gallon, historically high refinery profit margins are worsening that pain.”

What are the companies saying?

Exxon Mobile explained in a statement Wednesday they have been investing in production — to the tune of $50 billion over the last five years.

The statement suggested the government’s promises to move away from oil and gas are discouraging oil companies from further investments in oil and gas. After all, why would a business pour tens of billions of additional dollars into an industry if that investment will be worth nothing in the near future?

“In the short term, the U.S. government could enact measures often used in emergencies following hurricanes or other supply disruptions — such as waivers of Jones Act provisions and some fuel specifications to increase supplies,” the statement said.

“Longer term, government can promote investment through clear and consistent policy that supports U.S. resource development, such as regular and predictable lease sales, as well as streamlined regulatory approval and support for infrastructure such as pipelines,” the statement added.

A spokesman for Chevron explained the company hopes the Biden administration’s “approach to energy policy will start to better reflect the importance of addressing” record-high gas prices.

“Unfortunately, what we have seen since January 2021 are policies that send a message that the Administration aims to impose obstacles to our industry delivering energy resources the world needs,” the statement added.

“As we have said, fuel prices are impacted by many factors that involve far more than one company or even one country. They are fundamentally a question of global supply and demand,” the statement continued. “Chevron is doing its part to meet the demand for more oil, planning to increase Permian Basin production by more than 15 percent this year, and our overall U.S. upstream capital investments are up 35% over last year.”

A representative for Marathon Petroleum confirmed executives received Biden’s letter, but did not elaborate further. BP, Phillips 66, Shell, and Valero Energy did not immediately respond. 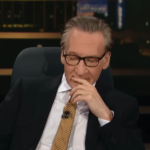 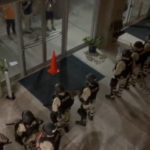