Saturday’s match between Denmark and Finland in the opening round of the Euro 2020 tournament took a scary turn when Denmark and Inter Milan star Christian Eriksen collapsed during the match.

It turns out, the incident was even more frightening than initially believed.

According to Denmark’s team doctor, Eriksen was “gone” after suffering a cardiac arrest on the pitch before he was able to be resuscitated.

“He was gone, and we did cardiac resuscitation. It was a cardiac arrest,” Morten Boesen said. “How close were we [to losing Eriksen]? I don’t know.

“We got him back after one defibrillator, so that’s quite fast. I’m not a cardiologist, so the details I will leave to the experts at the hospital.”

Eriksen collapsed in the 43rd minute of the match on a throw-in before players rushed to his side and called for immediate medical attention. Medical staff worked for over 10 minutes trying to stabilize Eriksen, as his teammates formed a protective circle around their teammate. The game was stopped for just under two hours before the decision to resume play was made, resulting in a 1-0 victory for Finland.

Erikson was rushed to the hospital and is in stable condition and recovering.

“This morning we have spoken to Christian Eriksen, who has sent his greetings to his teammates. His condition is stable, and he continues to be hospitalized for further examination,” the Danish Football Association said on Sunday.

Denmark coach Kasper Hjulmand said the team spoke with Eriksen before the decision was made to resume play.

The decision will undoubtedly be heavily scrutinized over the next several days. According to The Guardian, players were given two options: continue the game or return on Sunday at 2pm to complete the match.

“There was no pressure from Uefa to play tonight,” Hjulmand said. “We knew we had two options. The players couldn’t imagine not being able to sleep tonight and then having to get on the bus and come in again tomorrow. Honestly it was best to get it over with. Of course you can’t play a game with such feelings and what we tried to do was incredible.”

According to ESPN, Hjulmand appears to have had a change of heart with the decision to give players two options for completing the match.

“I know it’s very difficult,” Hjulmand said. “But looking back it was the wrong thing to make the decision between the two scenarios to the players in this case.”

“Players were in a shock condition. Players who didn’t really know yet if they had lost their best friend. And they have to decide between these two things. And I have a sense that we shouldn’t have played.”

“I know it’s difficult. It’s just a feeling I have. Maybe we should have just gone on to the bus and gone home and let’s see what the next days would have brought.”

“That’s just my feeling now, but I think it was a very, very tough decision that the players had to try to make a decision. I know it’s difficult, but I have a sense that it was wrong for the players to be given this situation.” 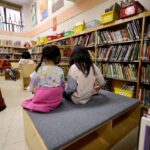 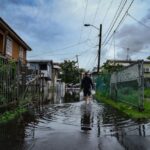 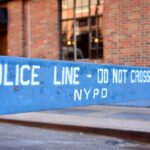 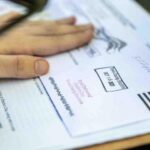