Video: Dad gets in massive brawl with students on high school campus. Conflicts between students and his sons apparently sparked it.

A father was involved in a massive brawl with students on an Arizona high school campus earlier this week, after which the dad and a student were arrested. Much of the melee was caught on video, and conflicting stories about what led to the brawl have arisen.

Willie Smith, 40, was called Tuesday to Tucson High School to pick up his two sons, who were being sent home following an incident with another group of students,
KOLD-TV reported, citing the interim complaint.

School staff and safety officers told Smith he and his sons should leave through a rear exit instead of through campus to avoid a confrontation, KOLD said, citing the document.

But Smith said he didn’t feel they needed to do that since school staff didn’t tell him his sons had done anything wrong to be sent home, the station said, citing the complaint.

In addition, Smith allegedly told staff if the ongoing issue wasn’t addressed, there would be a problem, the station reported. The document indicated that Smith said, “If it’s going down, it’s going down here,” KOLD reported, adding that officers said Smith was referring to his sons protecting themselves if they were provoked.

Smith then took his sons through the courtyard during lunch, the station reported.

Dad in ‘mutual combat with a student’

While Smith and his sons walked through the courtyard, there was an exchange between students and Smith’s sons, and a fight broke out, KOLD said, citing the document, which also said Smith engaged in “mutual combat with a student.”

Smith admitted to fighting with the student and claimed the student was assaulting his son, the station said, citing the complaint.

Smith was arrested on a felony charge of disrupting an educational institute, Tucson police said, according to the station.

Police added to the station that a 15-year-old boy is facing a charge of disorderly conduct-fighting.

Tucson Unified School District
told KVOA-TV that at least 14 students were involved in the fight and may face discipline. The station added that Smith also was charged with aggravated assault.

Rosalina Martinez — Smith’s sister —
told KPNX-TV that one of Smith’s sons has special needs, the other son was defending him, and that both of them have been bullied by the other students for about a month.

“When [my brother] was supposed to leave the campus, they asked him if he could go around the block to get to his car because [there] were attempted attacks toward his kids,” Martinez told KPNX. “So my brother said, ‘Why do I have to go around? My car is right there. I’m not a criminal. I’m not doing nothing wrong.’”

She told the station that when her brother and his sons walked out to their cars, the students attacked them.

“He’s just pushing them off him,” Martinez added to KPNX. “You can see in the videos that he’s pulled down, from his shirt to the ground. Then you can see a bunch of children — because they are children — [with] closed fists hitting him in his head, kicking him in his body when he’s on the [ground]. When he’s trying to get up, that’s when they take that picture that shows that he has his arm on this kid’s neck. In reality, what he’s trying to do, is get up, and that’s when they take the picture.”

She added to the station that her brother “never hits anybody, all he is doing is protecting his kids from being attacked.”

“This shouldn’t have happened,” Martinez also told KPNX. “The staff knew that there were plans of other people attacking them; they should have escorted him to safety.”

Gabriel Trujillo, the district’s superintendent, told KVOA that Smith started the fight and is to blame.

“We are not going to stand for parents coming onto campus and putting hands on kids,” Trujillo added to the station.

Trujillo also said Smith “took it upon himself to charge out, in an unauthorized fashion, out into the courtyard and physically attack one of other students. This is what triggered a chain reaction of other fights as two factions of students began to square off against themselves, each other and certainly this parent,” KVOA reported.

The superintendent added to the station, “I hold this parent responsible for the level of violence we saw …”

In addition, Trujillo told
KOLD-TV in a subsequent story that there was a conflict between two students on Monday, which social media posts that evening.

“The conflict with [the] two students is a relationship with a significant other who had relationships with both students,” Trujillo told the station, adding that the conflict escalated Tuesday morning, after which school staff isolated the two students and called their parents to pick them up.

“Classic tale of two young men passionate, enraged, jealous, going after each other over the affections of someone else,” Trujillo added to KOLD. 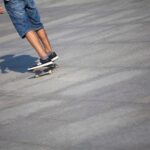